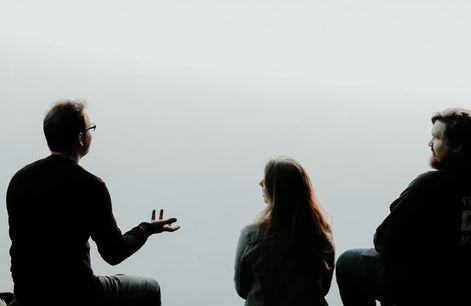 An informal survey of our followers on social media suggests that one of the greatest fears that investment bankers have about returning to the office is that in a face-to-face setting it will be impossible to avoid tedious conversations about cryptocurrency.  Seemingly every firm has at least one Bitcoin True Believer and at least one All A Scam Guy, and everyone’s worried that while their endless arguments are bad enough when they’re stinking up the group chat or Teams channel, they’ll be even worse as they’re shouted across the dealing floor.

There is some reason for hope, though.  Two guaranteed conversation killers for bankers are the possibility of having to admit you have lost money, and the fact that a former colleague has got rich.  So yesterday’s sharp falls and trading halts across the crypto exchanges might have slowed things down a little on one side of the equation.

According to data from Glassnode Insights, nearly a quarter of all crypto wallets are now in a net loss, and 1.1 million have got rid of all the coins they held.  These “weak hands” are likely to include quite a few bankers who had resisted the temptation for months, but ended up with such agonizing FOMO that they piled in a few days before the top, hoping that the IPO of Coinbase might be a positive rather than negative catalyst.

And, of course, Coinbase was co-founded by a former Goldman trader.  This points to something which might tame the schadenfreude; a lot of bankers have, even despite the volatility, got rich out of crypto.  Some of them timed their Dogecoin trades right and some applied their quant skills to a new and more naïve market.  A lot took the advice of the old proverb “in a gold rush sell shovels” and went into new fintechs providing services to the crypto industry.  As with the dot com era, it might not be a good idea to gloat too much – plenty of Value Dads chuckled long and hard at the stocks that went down by 90% in 2001, but Jeff Bezos had the last laugh.

So perhaps there is a chance to start some new, with some potentially more bearable conversations about the future of digital currencies.  It might be interesting to ask your colleagues, for example, whether their teenage kids made any money (or indeed blew out their student loans).  We can speculate on the identity of the anonymous trading account that lost $67m yesterday, and feel reasonably content to know that the Redditors will be distracted for a few days from trying to beat up any more hedge funds.  There could even be some scope for talking about sport, television or the prospects for a hot summer.  Until someone starts forwarding the “How To Buy LoserCoin” article and the old arguments start up again.

Elsewhere, junior investment bankers might have been feeling pretty content with the largesse showered on them earlier in the year – all the ten to twenty thousand dollar bonuses, sixteen hours of guaranteed me-time every weekend and free subscriptions to mindfulness apps.  But maybe they were in the wrong industry.  According to Business Insider, Kirkland & Ellis, a Chicago-based law firm has been trying to attract associates by paying as much as $250,000 at a time.

This isn’t directly comparable to the banking associates’ care packages.  For one thing, the promotion system in law firms works differently and doesn’t have quite so much grade inflation – the article talks about “sixth-year M&A associates”.  For another, the payments made to bankers have generally had a “loyalty” element to them which you lose if you don’t stick out the year.  Kirkland & Ellis are doing the opposite, handing out the money as a signing bonus to attract lateral moves from other firms.

Having said that, the actual work being done by legal associate six years out of law school versus a banking associate two or three years out of MBA school are not wholly different, either in kind or in the amount.  And a quarter of a million dollars, as a way to say hello at the start of the working year, is not to be sneezed at even at VP level in a lot of banks.  It seems that, despite the fact that SPACs have performed almost as badly as cryptocurrency this week, there’s still a lot of heat in the market for M&A specialists.

UBS has promoted John Hutchings to head of private financing for EMEA.  He’s going to keep his existing role as head of the natural resources group for the time being, but it might be worth keeping an eye on this sort of move in the near future – if a lot of senior resources bankers start getting dotted lines to something with fewer ESG challenges, it might form a trend.  (Financial News)

Day one of the Orcel/Santander case and a bit of courtroom drama. Ana Botin apparently said “good morning” but didn’t look Andrea Orcel in the eye, and things had to be adjourned because Axel Weber didn’t show up to be a witness. (Bloomberg)

UBS has hired Jean-Marc Botteri from Credit Suisse.  This raises interesting questions; he is being hired into the global financing group to “increase collaboration between wealth management and investment banking”, which is quite close to the description given of some of the jobs which were cut yesterday. (Financial News)

“When I started, diversity didn’t really exist”. Andrea Sullivan of Bank of America puts it bluntly. (City AM)

Write memos rather than PowerPoints, “Obsess Over The Experience” and embrace failure as an element of growth.  Macro Incerti has sent out a memo with all the “Tenets” which he thinks define what it is to be an Engineer at Goldman Sachs. (Business Insider)

Keep an eye out for any new furry friends at the security gate when you go back to the office – it’s been found that specially trained sniffer dogs can smell COVID-19 in your sweat with similar accuracy to a swab test. (Bloomberg)