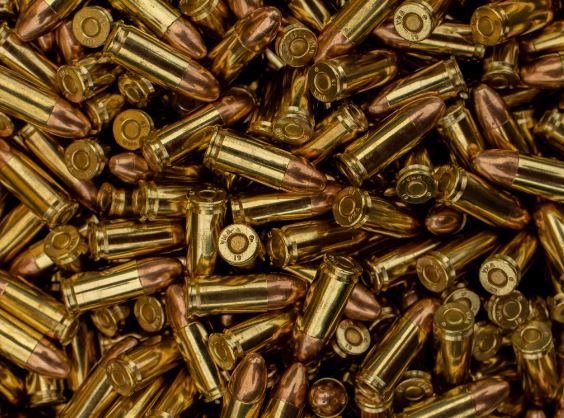 Thomas Gottstein, Credit Suisse chief executive, has shown his hand. After sitting on the sidelines, observing a succession of large losses mostly gestated by his predecessor, Gottstein has finally dispensed with two of the people he previously favoured: head of the investment bank Brian Chin, and head of risk and compliance Lara Warner. The implication is that it takes Gottstein a long time to act, but he's pretty decisive about it when he does. "Serious lessons will be learned,” he declared sternly today.

Serious lessons do indeed need to be learned. The list of losses during Gottstein's tenure, which only began in February 2020, is already long. Last year, there was Luckin' Coffee and Wirecard. This year, there's been a $600m fine relating to U.S. mortgage securities in 2008, a $450m writedown on hedge fund York Capital, losses of up to $3bn relating to Greensill, and then a loss of $4.7bn relating to hedge fund Archegos Capital Management.

For Warner, who reportedly overruled risk managers and signed-off a $160m bridging loan to Greensill, Archegos appears to have been the final nail in a coffin that was already looking fairly complete. For Chin - who has dodged many bullets at CS, Archegos has finally hit home. “We cannot understand how the losses from a single client can be so big,” one senior executive at Credit Suisse told the FT last month when the Archegos wound in the prime broking arm became apparent. “This raises massive questions about our risk management. It is being investigated.” Chin isn't the only one going: Paul Galietto, the New York-based head of equities trading, and a former head of prime broking at the Swiss bank is out too.

For Chin, who is now free to follow predecessors like Gaël de Boissard and take up some 'thrill seeking hobbies,' the final blow - while not exactly a shock - may have come as a surprise. This wasn't the first loss during Chin's time at the Swiss bank: his appointment as head of global markets in 2016 was curious in itself given that his predecessor Tim O'Hara left abruptly following a $1bn writedown on illiquid products, many of which were in the securitized products unit Chin had previously run. There were subsequent trading losses in 2019 relating to a block trade and to Asian markets, both of which Chin survived. - Having been plucked from relative obscurity to shrink the trading business in 2016, Chin was ex-CEO Tidjane Thiam's man, and Thiam protected him; Gottstein is clearly less attached.

Credit Suisse said this morning that Chin is being replaced by Christian Meissner as head of the investment bank. Meissner, who is an investment banker by trade and who was a former golden child at Bank of America before seeming to fall foul of internal politics at the U.S. bank, does not - however - have a trading background. Credit Suisse's global markets professionals have reason to feel unsettled; they've lost their rabbi, even if he had made a few mistakes...

Separately, as the debate about working hours in banking, consulting and accounting continues to rage, Janan Ganesh at the Financial Times has raised some very valid points about the dangers of toiling to excess in your youth. "A unit of leisure is not worth nearly as much in late or even middle age as it is in one’s twenties," says Ganesh. - Only in your 20s may you really have the stamina for drink, sex, and travel. Secondly, says Ganesh, the ability to do nothing needs to be nurtured: "The enjoyment of life is a skill. The idea that it can be switched on after decades at the grindstone underrates the force of human habit." This is why people who leave highly demanding careers typically take their work ethic with them: academic Alexandra Michel found that when former bankers go into other industries, they expect new employees to work 80 hour+ weeks too. It could be a service to humanity if junior bankers were retrained in sleeping nine hours a night and idling through their days.

The morning meetings at Archegos Capital Management began with listening to recordings of the Bible, starting with the Old Testament, perhaps Isaiah or Lamentations. (Bloomberg)

Deutsche Bank sold about $4 billion of holdings seized in the implosion of Archegos in a private deal. (Bloomberg)

“The heads of [Credit Suisse and Nomura’s] prime broking divisions will be asking did we not have the right risk systems." Credit Suisse has a margin team that sends daily reports to prime brokerage clients and highlights the bank's exposure to each fund.  (Financial Times)

"Big Tech is becoming like banking. All-nighters, fueled by pizza and Sprite, to meet an artificial deadline to push the major revision patch to the production server are not uncommon. As is building a fake sense of camaraderie with juniors hoping to nurture an illusion of being a dynamic go-getter that plays hard and works harder." (Financial Times)

Consultants complain about working hours too: "My breaking point was probably in November, when I booked over 100 hours one week on a client project. It was my third Friday in a row working past 2 a.m. I skipped a dinner I was supposed to have with my friends. I brought my girlfriend to my parents' house during one of those weekends, but I couldn't even spend time with my family on a late Friday night because I was so busy working. I remember thinking it was just ridiculous." (Business Insider)

Stephen Hester, the former head of RBS who now runs insurer RSA, dialed into the meeting on RSA's £7bn takeover from his hospital bed after having part of his colon removed. (The Times)

Axel Weber, the chairman of UBS, probably won't be leaving next April because the bank hasn't found anyone to replace him yet. (FiNews)

Hedge funds say they're building all their technology in-house because it's a source of competitive advantage. “We’ve built all of our infrastructure in-house, we’ve created an ultra-high performance, ultra-low latency technology architecture that allows us to do R&D as well as directly push those signals to production and through our own execution algorithm.” (BobsGuide)

Irish law firm A&L Goodbody falsely informed its staff that they had been in close contact with someone with COVID, left them a while and then revealed they had fallen for a phishing test. (RollonFriday)

SoftBank paid $146m to the 196 employees of SB Investment Advisers in the 12 months to the end of March last year. (The Times)

KPMG will colour-code Zoom calls to indicate which ones can be taken during an outdoor walk and which ones require staff to be on screen. (The Times)

Photo by Jay Rembert on Unsplash