Morning Coffee: The worst jobs in banking when you work from home. Deutsche Bank's irrepressible optimism 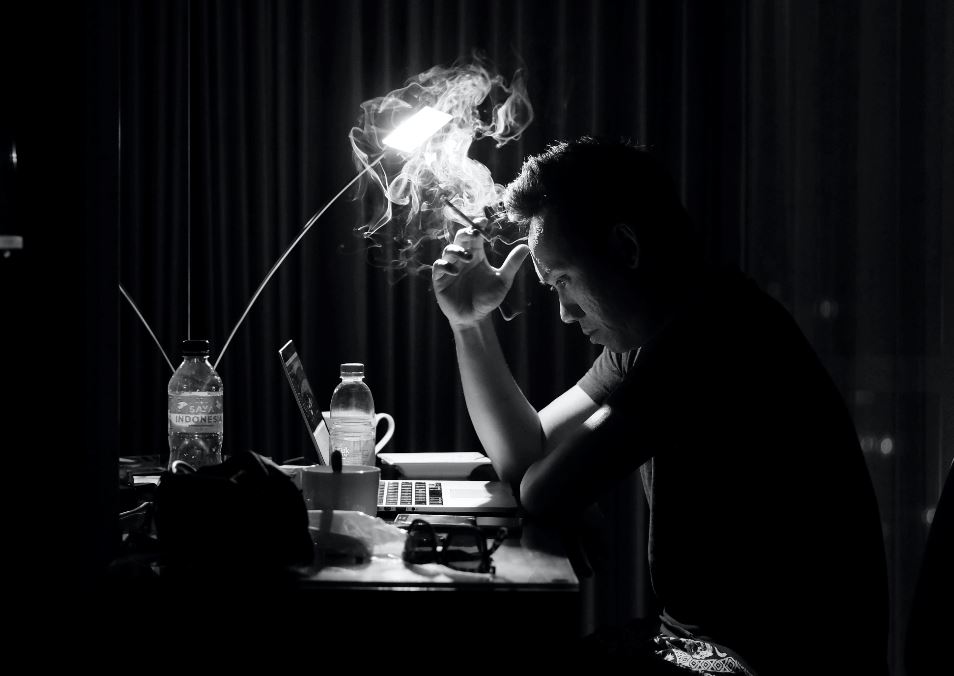 It's becoming increasingly apparent that working from home is likely to persist for most people finance. While there are moves afoot to get more 'critical' staff (traders, settlements, maybe some compliance types) into the office soon, most people think they're in this for the long haul. Only 13% of respondents to our most recent survey said they've been seriously spoken to about going back in, and the return dates seem to be shifting further out: initially people cited June or July, now it's more like September at the earliest in M&A, or even the end of the year.

While this will be good news for the two thirds of people who think working from home is great, the remaining third will need to endure. Working from home means more sleep, less travel, and less mandatory time spent on personal grooming. But it also means more work. And it's starting to become apparent why this is.

Snorre Storset, the intriguingly-named head of wealth management at Nordea Bank in Oslo explains the big problem with the new normal. When the lockdown came, plenty of clients didn't like the idea of their advisor being online instead of there for them in person, Storset told Bloomberg. However, when it became apparent that the payoff for being advised over Zoom was that the adviser who would make him/herself available whenever the client wanted, suddenly everything was ok again. When you're the advisor, working from home means more availability for clients, Storset says.

It's a dynamic that bankers in other client-facing roles will recognize. One senior New York banker tells us he's been putting in 100-hour weeks talking to clients about their financing needs in video conferences during the lockdown. In the current circumstances, clients want advice more than ever, and now that the physical constraints of travelling to provide that advice have been removed, clients are getting far more contact-hours than before. Bankers who previously spent their evenings decompressing in fancy hotels are now sitting in home offices staring at screens and talking to clients into the night. Storset suggests this could persist: "We might have a permanent change in how we view digitization of banking.”

While advisory roles in finance therefore come with this inbuilt downside to working from home, there are advantages for everyone else. Moran Forman, a pregnant 33-year old Goldman Sachs managing director (MD) who runs a team of seven traders in equity index derivatives, told CNBC the new world is great. “It’s been amazing to see how much productivity has potentially even gone up during this period while everybody’s still separated,” said Forman, who now uses Symphony for chatrooms and Zoom for video conferencing.

Forman's increased productivity seems to derive from the fact that at any given moment during the day, she has 50 chats open with hedge funds, asset managers and pension funds, each discussing trade intricacies. While this sounds exhausting and suggests that those who thrive in the new normal will be particularly adept at multi-tasking, communications in sales and trading are theoretically boundaried by market opening hours: you're there for clients while markets are open, and gone when they're not. For someone like Forman, working from home clearly works, and as banks try to increase the diversity of their ranks and retain women, it's likely to continue well into the future. If it does, client-facing bankers will somehow need to learn how to say no and escape from Zoom.

Separately, the Financial Times suggests Deutsche Bank is being strangely optimistic. While banks like HSBC are warning that writedowns on souring loans could reach $11bn this year and while Barclays made £2.1bn of provisions in the first quarter, Deutsche's first quarter writedowns were just €500m. Various people seem to think this is curiously low: Deutsche is using a “far more lenient accounting approach than adopted by peers," says one Citi analyst.

Deutsche has some reason for ebullience: it's not as exposed to consumer credit as some rivals and could therefore suffer less. However, the FT notes that while most banks have just made their highest loan loss provisions since the financial crisis, Deutsche's /q1 provisions were comparatively modest in historical terms and have been higher in at least seven quarters in the past decade. This seems odd, given we're experiencing a once in a century pandemic and economic shutdown...

Face to face meetings will be banned when you go back to the office anyway. (Financial Times)

QT Fund, a quant hedge fund run out of Credit Suisse's asset-management arm by Nicholas Branca, closed with $519 million in assets after a major investor pulled out. (Business Insider)

Goldman Sachs traders made $100m on 14 days in the first quarter. (Bloomberg)

Immunity passports are expected to become a thing. In the U.K., plans are underway to accompany antibody tests with face recognition software that will enable the provision of a digital certificate that can be scanned as you enter work. (Guardian)

An accountant says she's been called back into the office. “They have literally given us the minimum three weeks per the government scheme. There was no discussion or consultation. I did express my worries but that was ignored.” (Open Democracy)

You cannot "smell each other" on a video call. (The Times)

Paris office workers are being told to stay at home until the end of the summer. (FranceTV)

Watch the rise of the restructuring banker. (Business Insider)

Veteran investor Jim Rogers: “I used to think children were a horrible waste of time, energy and money but I was completely wrong.” (Financial Times)

Photo by Ali Yahya on Unsplash