Morning Coffee: Finance recruiter's crazy working hours during the pandemic. When your employer is interested in your weekend 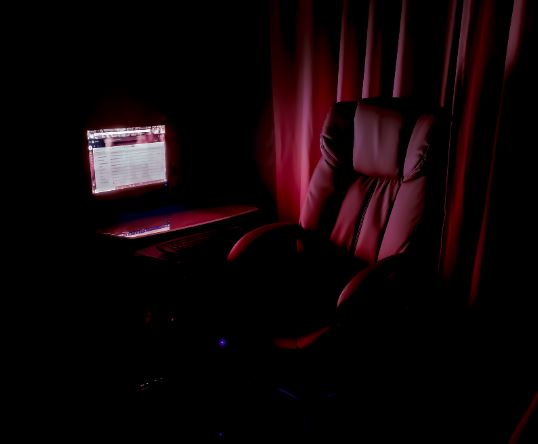 If you've spent the past two months as a banker or trader mostly sitting in front of screens in a darkened room, emerging only to make coffee and attend to bodily functions, you're not alone. Others have been doing it too. Some are recruiters.

Although some finance recruiters joined the bread-making brigade as hiring dwindled to almost nothing at the height of the lockdown, others seem to have used the semi-incarceration to redouble their efforts at making money. Take Jeanne Branthover, the managing partner and global head of the financial-services practice at DHR International in New York. Branthover has spent the pandemic often working from 7am to 1am, she tells Bloomberg. That doesn't leave much time for a sourdough starter.

What's she been doing during those 18 hour days? “Everything is more now," says Branthover: "More virtual meetings than there would have been in person, more reference-checking, more use of assessment tools.” It also takes more time to persuade candidates to accept jobs - more people are more hesitant when they can't meet potential new employers in person.

What does this mean if you're looking for a job during the pandemic? Firstly that the recruiter you use might be a bit frayed at the edges. Secondly that they might be inclined to bolster their capabilities with additional testing to make sure that you are who you say. Now that it's not possible to meet people in person, Branthover said recruiters are companies are turning to personality tests to validate candiates. Things like the Hogan Personality Inventory, which assesses people on scales like adjustment, ambition, sociability, interpersonal sensitivity, prudence, inquisitiveness, and their approach to learning are reportedly becoming more popular.  Hogan famously also has a 'dark side' test which attempts to unearth more nefarious qualities like excitability, mischeviousness and 'high risk leisurely behaviour,' so presumably this been activated too.

[A message from eFinancialCareers: "Hey! We have a range of global finance job vacancies you can apply for here"]

Separately, with banks and other organizations tentatively thinking about inserting people back into the office, the Wall Street Journal foresees a new phenomenon arising: your boss will be abnormally interested in what you did at weekends. While employees will be legally protected from employers' inclinations to ensure they don't come into contact with infected individuals outside of the office, those inclinations will still exist. At the very least, expect to be urged to practice social distancing even during time off. The WSJ notes that the New York Stock Exchange, which is returning some floor traders, is asking them to avoid public transportation. It's also asked them to sign a waiver saying they can't sue the NYSE if they become infected at the exchange.

In July or August Citi hopes to return about 5% of the 12,000 employees to its main building in Tribeca. (Reuters)

Commerzbank's German office is back to 50% of its pre-crisis levels. UBS and Credit Suisse are preparing to go back in Switzerland, with UBS returning starting mid-June. (Bloomberg)

The European Banking Authority says offshored operations in India have been a problem during the virus. 'Many such offshore facilities were less prepared to address the Covid-19 operational challenges owing to a lack of opportunities for remote working or reduced availability of staff.' (Bloomberg)

Hong Kong finance professionals need to recall the cautionary tale of Man Group in 2015. - Li Yifei, head the China division became embroiled in a febrile atmosphere where short selling was seen as malicious. Traders working for Man at the time said a 'purge' culture took hold, where employees informed on bosses and rivals.  (Reuters)

Instead of sailing around the coast of Croatia for a week to get to know each other, incoming Columbia Business School students are chatting online and playing icebreaker games on Zoom. (Reuters)

$1 trillion worth of investment-grade corporate debt sales were brought to market in the first 149 days of the year. In 2019 that figure wasn’t reached until November. (Bloomberg)

Suddenly everyone wants two homes: one in the city for the days they work in the office, one in the country for when they work from home. (Financial Times)

Photo by Alejandro Mendoza on Unsplash