Inside the intrigue at the top of JPMorgan in France 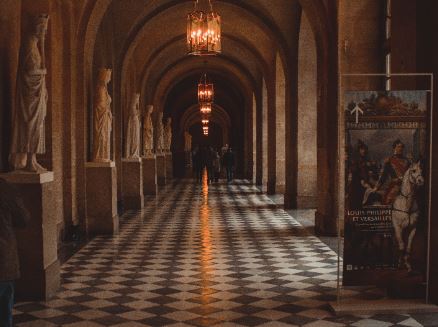 JPMorgan’s recruitment of Maja Torun from Citi is an attempt to address its under-performance in France, where it is ranked lower than in any other European country.

40 year Torun, who holds an MBA from French business school INSEAD, is highly regarded and last year she helped to steer Citi to the top of the French M&A rankings last year after working on the merger of Essilor and Luxottica and the acquisition of Epsilon by Publicis.

By contrast, JPM slid from third to seventh place in the French IB rankings last year according to Dealogic and it is hoping Torun will give the business an edge it has been lacking since losing Anne Bizien to Goldman Sachs.

Bizien was responsible for around half of JPMorgan’s CAC40 relationships, including Total, Schneider, LVMH and Casino and Goldman hired her in 2018 to bolster its French operation after Cyrille Perard joined Perella Weinberg.

Goldman's recruitment of Bizien has already paid off. As co-heads French M&A at Goldman with Jeremie Marrache under the direction of Pierre Hudry, Bizien helped Goldman jump jumped to third place both IB and M&A revenue rankings last year – up from eighth and sixth respectively.

When Bizien left, JP Morgan said initially that it would not look to replace Bizien with an external hire, and instead relocated Karim Ben Rejeb to Paris from London. But now it has decided it needs to make up for lost time and Kyril Courboin, who oversees France as a senior country officer, decided that the bank needed more heft on the ground.

Torun, who will report to both Courboin, and Tanguy Piret, who heads the banking business across France, Belgium and Luxembourg is taking a role that has been vacant since last June, when Xavier Bindel moved to become co-head of the bank’s technology investment banking business in EMEA.

At the time, some of Bindel’s responsibilities passed to Augustin d’Angerville, head of corporate finance for France. D’Angerville is an executive director, but his father is Guillaume d'Angerville, a former head of the bank’s French business who left the bank in 2005 to set up Weinberg Capital Partners with Serge Weinberg.

Photo by Mat Reding on Unsplash