Morning Coffee: Who's losing their jobs at HSBC, and who's not. Why bankers can't work from home 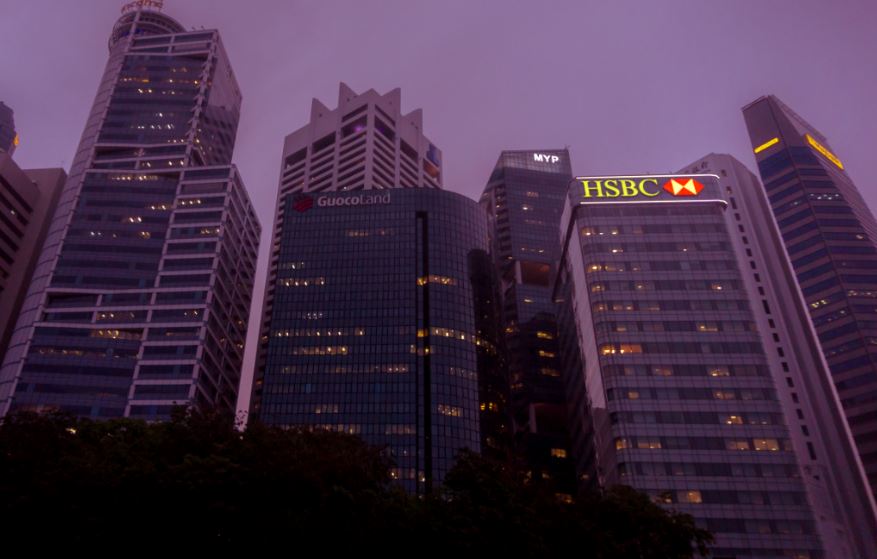 HSBC's big day is upon us. The fourth quarter results are out. And so is the restructuring plan. There will be some pained faces over breakfast this morning.

The headline changes are as expected: HSBC is cutting in the U.S. and Europe and investing in Asia. 35,000 jobs are going; 15% of the total. The global banking and markets division (GB&M) will suffer. So will anyone working in a superfluous position in the current management 'matrix', which is being simplified as HSBC reduces geographic reporting levels from seven to four. HSBC wants to cut costs by $4.5bn by 2022.

As the business shrivels, heads will roll. Like Natwest Markets, HSBC is pruning its European rates business and is exiting G10 long-term derivative market making in the UK altogether. Like Deutsche Bank, it's reducing sales and research coverage in European cash equities and will be maintaining a team focused on supporting its equity capital markets bankers. It intends to transplant 'structured product capabilities' from the UK to Asia, which sounds like UK structured product specialists will be losing their jobs. Similarly, in European investment banking HSBC wants to focus on the UK midmarket and transactions between Europe and 'high growth markets;' bankers focused on large cap clients and doing domestic deals will likely be out.

In America, HSBC will be cutting fixed income salespeople and traders as that business is 'consolidated' in London instead. It's also going after the American mid-market and focusing on debt capital markets (DCM) and financing, which is bad news for anyone in the U.S. outside of those buckets. Middle and back office activities in the U.S. are being merged and functions are being streamlined.

Naturally there is good news too. HSBC's staff in Asia should benefit as risk weighted assets allocated to the region increase from 42% to 50% of HSBC's total. Global transaction and financing activities will be strengthened in Asia and the Middle East. So too will investment banking capabilities (although, reassuringly, an investment banking 'hub' will remain in London). Technology spending, which was $4.7bn in 2019, is set to increase further still.

All of this will take time and although some at HSBC say they've been tapped on the shoulder already, changes are likely to be immediate. Of the $4.5bn in cost cuts. $3bn are to be cut next year, with just $1bn going in 2020 - so we will be eased into this.

Separately, the coronavirus in Asia is helping to highlight why people in investment banking divisions have to come into the office and travel to meet clients. Bloomberg has spoken to various bankers in Hong Kong who are struggling to bring deals over the line remotely. Pitch meetings, due diligence and regulatory reviews are best done in person, complains one banker reflecting on the impossibility of doing a $1bn deal on WeChat. Another complains that clients ignore him when he sends emails to follow-up on deal proposals. Another says he simply cannot pitch deals over the phone and that deals are being held-up in any case by the inability to conduct site due diligence when site visits are banned.

HSBC has chosen its U.S. executive Andrew Fullam to implement changes in its U.S. businesses. (Bloomberg)

Now that Credit Suisse has a new CEO it's holding an offsite to clarify its strategy and may reconsider the current structure of the investment bank, which is split into three different parts. (Bloomberg)

David Tait, a former managing director on Goldman Sachs’s proprietary desk, and ex-global head of Credit Suisse’s macro trading business was abused as a child. His experience is the subject of a firm, ‘Sulphur and White,’ which is out next month. (Financial Times)

There were two hedge fund managers who made a fortune out of the financial crisis in the UK. - Chris Hohn and Patrick Degorce. The new Chancellor, Rishi Sunak, worked with and for both of them. (ITV)

Ahead of tomorrow’s publication of DARK TOWERS, I thought I’d share a few small items.

Here’s a view of life inside @DeutscheBank, with an entrepreneurial shoeshine guy and an investment banker getting kickbacks. pic.twitter.com/5HTPSu3qwc