Tech teams are recoding banks from the inside out. Here’s how agile at RBS is disrupting everything 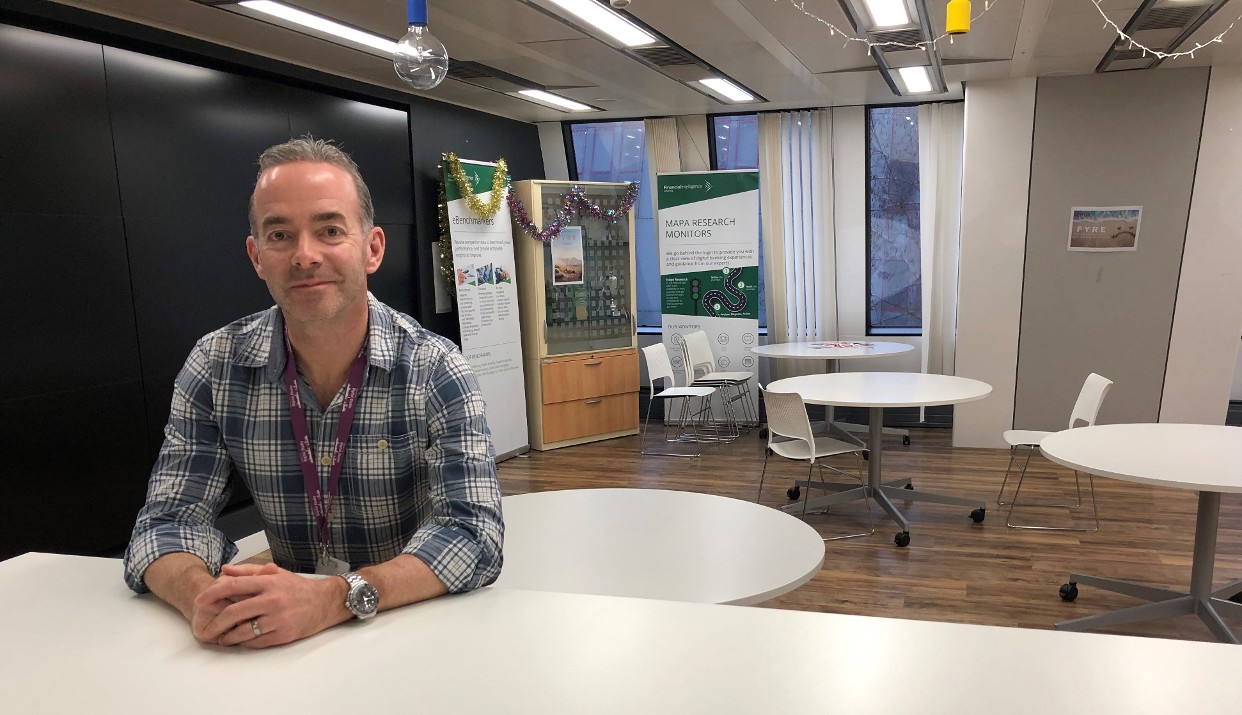 Fast forward to the future and it is reported 85 percent of the jobs that will exist in 2030 haven't even been invented yet. That’s eleven minuscule years away.

This transformation has been called the big migration — the shift to a digitalised world where automation, business process optimisation, robotics, and robotic process automation (RPA) are exponentially growing.

Already evident is within the world’s leading banks, where digitalisation is at the forefront of improving banking processes and where customers’ demands increase as quickly as the lastest automation is released. Expectations have never been higher and technology is both fueling and responding to the shift.

“Before it was a novelty to check your bank balance on a phone. Now, it is very different,” says Noel O’Sullivan, Release Train Manager in Mobile Banking at RBS. “Mobile is now our most important channel and the transformation has been quite dramatic.”

Noel joined RBS as a developer in Core Systems in 2005, and 5 years later he remembers working on the same floor as the mobile and gadgets team, a small team of around 10 people who kept receiving the most advanced mobile phones of the day on which to test. In 2012 he joined the team, by then which had grown to 60+ people but was still no indication of the 200-strong team it would expand into by 2019, serving seven million users worldwide

As a Release Train Manager, Noel is part of a team that develop the RBS mobile banking apps that customers use daily, including doing development in-house and extensive testing to make sure the app works quickly and safely. ‘’With mobile, you see something the customers use daily and the benefits to them. It makes it easier and more exciting to understand what you build’’ Noel adds.

The team works in agile methodology, the project management process used by software development teams and, to be more specific, they operate in the Scaled Agile Framework (SAF). Roles within SAF are relatively new to financial institutions but their influence is impacting how banks embrace new technologies and run their core operations.

An agile release train is a pre-planned release cycle that has been scheduled into launch phases. Within mobile at RBS, the various release teams align their client releases into this cycle by identifying and removing any blockers or impediments that could hold up the release train.

Noel likens the process to three trains running in parallel. Each train is a release and must depart the station at the scheduled time. Each train is continuously moving forward; no gap in operations is permitted. His role is to help plan the roadmap for each new release, adhere to a strict timetable and schedule in new features incoming from the various departments of the bank that may impact the releases. He is often planning two years in advance.

“Working in an agile way helps us to stay disciplined,” says Noel. “In mobile, we have been working in agile since I joined the team. We have embedded and refined the process and have got it down to a slick operation. It’s a very fast-moving environment but allows you to react quickly.”

A Release Train Manager is always trying to optimise the release train. So effective is the Mobile team’s work at RBS that when Noel first joined the team, they used to have 3 releases a year, today they have eight — one every six weeks — but he still looks for new ways to speed up and deliver value to the market.

Agile ways of working are now being spread out across the whole organisation. RBS has set up a Business Agility Centre of Excellence (CoE) to create a customer-centric organisation that engages the entire bank in agile and other new ways of working. The CoE facilitates and governs the design and development of core frameworks, patterns and tools, and provide the reduction of unnecessary duplication, cost and waste to speed delivery to customers through relentless improvements to the flow of work.

“It’s great to see other areas of the bank working in agile,” says Noel.

The HR teams leading our Tech recruitment recognise the technical skills required will quickly evolve and so they seek hires who are self-driven, creative, quick to react and team players.

It seems only a blink ago when tech teams within a bank were committed to the basements of financial institutions, called upon by bankers and client-facing colleagues above to fix coding blips and crashed applications. Today, technology teams sit front and centre innovating not just the apps they develop but methodologies of work for the entire organisation. It’s as if they are recoding financial institutions from the inside out.

Undoubtedly, digitalisation is distributing the very way banks operate. New jobs have and will emerge. Still, it’s worth noting that banks such as RBS, while understanding the need for greater agility across the enterprise, their core purpose is to serve customers well.

“We don’t just deliver new features and walk away,” says Noel. “We take customer feedback seriously to refine the process. We can react quickly because we have a new release going out every six weeks.

“Things change all the time,” he states. And we can’t argue with that train of thought.

For more information about the roles available within Technology at RBS, visit jobs.rbs.com