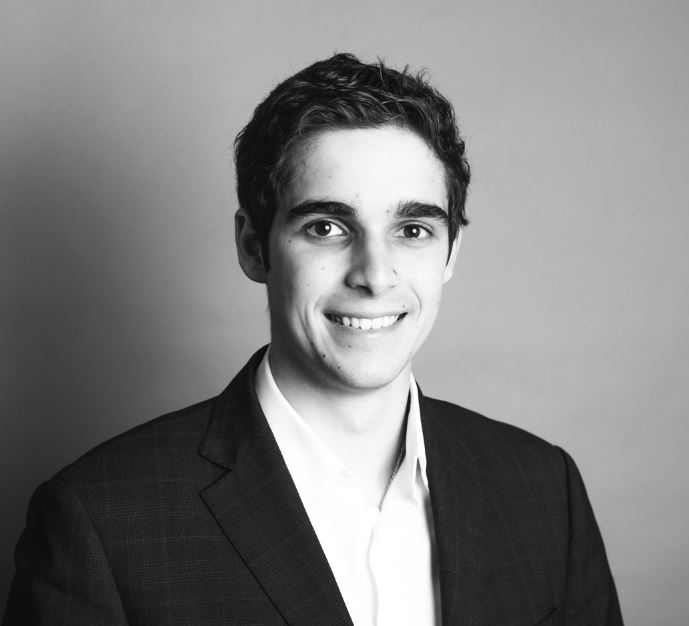 Nikita Fadeev is only four years out of university, but he carries a lot of responsibility. While other 26-year-olds are associates in investment banks, Fadeev is partner and head of Fasanara Digital, a quant crypto hedge fund with $150m of crypto asset under management. He has a team of 13 people, including former employees of Capula Investment Management and BlueCrest, and works from an office in Mayfair and his home in Canary Wharf.

"I am responsible for the investment and strategical direction of the fund," says Fadeev, who studied mathematics at St. Andrews University and is also known for running London's Quant Conference. "When we started Fasanara Digital in 2018, there was very little in place - no strategies, no relationships with trading counterparties and no capital,. It took us a year to put everything in place, create the infrastructure and trading strategies, then we raised external assets and started to expand the team. Over the years, we have become one of the largest players in the space."

Fasanara Digital is part of Fasanara Capital, a hedge fund founded in 2011 by former Merrill Lynch banker Francesco Filia, which has $3.5bn in assets under management. As a student, Fadeev says he initially envisaged himself going into quantitative finance at a bank or hedge fund, but that when the opportunity to launch a crypto fund with an established hedge fund appeared, this aspiration was quickly dropped. "The crypto space is a work in progress. There are many problems from the technological standpoint, but it is rapidly improving and everyone has the same issues so it is a level playing field from that standpoint. Although it is messier than TradFi, it is much more fast-paced and there are more opportunities to make an impact," he says.

This is not to say that running a crypto hedge fund is easy. The crypto markets never close and Fadeev can never really disengage in the same way as traders working in traditional product areas. "I work seven days a week – four days at home and three days in the office. It is intense, but I love it," he says.

When markets are volatile (as is often the case), Fadeev also works at night. "When any of the risk metrics exceed certain thresholds we get an automated call at any hour of the day or night telling us what to do," he says. "We have nights when we get a lot of those calls if the market is volatile, and we used to get them a lot more, but it is less frequent now as our processes are becoming increasingly more automated."

It's a routine that has the potential to be exhausting, but Fadeev says the ability to work like this is what gives him an edge. "It is hard, and it requires a lot of commitment," he says. "You need to really want it badly, and most people do not want it enough to work like this. It is natural selection. In the fund management industry, everyone is smart, thus to succeed you need different sources of edge so that you can compete and outperform your peers."

There's no magic bullet to dealing with the grind: Fadeev doesn't do running or meditation apps. He just gets on with it: "I don't have a special recipe. I go to the gym, but I'm not purposefully practicing mindfulness or martial arts or any of that stuff. I just wake up and work. I don't really know anything else."

Like other people who've invested their careers in crypto, Fadeev says the current crypto winter is simply a passing chill. "The recent decline in the value of crypto assets is not crypto-specific," he says. "Nor has crypto underperformed the expectations: if someone said last year that we would be in an environment where bonds performed the worst since 1842, many of the blue-chip growth-stocks being obliterated, rates increasing and liquidity tightening, yet bitcoin would be down 30-40% - you would have thought that, given the circumstances, it is quite mild compared to what it could have been."

Volatility in crypto is nothing new, says Fadeev. "Overall, I think it is a healthy correction as it washes away excesses, forces participants to focus on building and moving the space forward."