Morning Coffee: This is what a real bonus looks like at JPMorgan. Hedge funds can’t make up their minds if they like remote working or not. 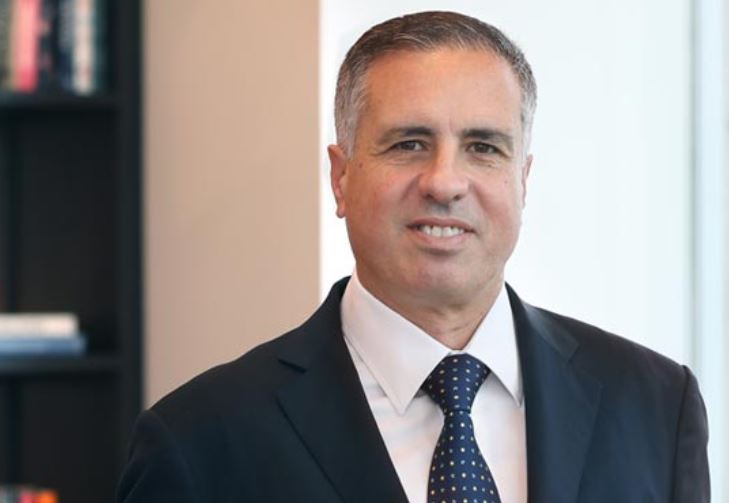 Yesterday, we were talking about what might constitute a bad bonus this year at a top firm like JP Morgan – today, we get to see what an exceptionally good bonus might look like.  Dan Pinto, JPMorgan's co-president, COO, head of the investment bank, and probable CEO in waiting, has been awarded $25m in stock options as part of a long term package. That’s a bit more than his total comp for next year, and rebalances his package back towards stock-related components as opposed to cash.

As well as the money, the details of a memo sent to staff today provide a lot of fuel for those who like to speculate on the future management of JPM now that the other Succession has had its season finale. The board has a fairly unique set of succession planning problems; nobody wants to lose Jamie Dimon, and he has said he wants to stay on for several more years.  But they need to keep someone in the “emergency CEO” position in case something unpredictable happens, and Dan Pinto was seen in this way even before Dimon’s aortic tear last year.

When Marianne Lake and Jennifer Piepszak were promoted in May, many people speculated that this meant that one of them was bound to be Dimon’s successor, effectively leaving Dan Pinto in the “loyal veteran passed over for the top job” position which tends to get people subtly reaching out to recruiters.  Last month, Jamie felt it necessary to clarify that this was by no means necessarily the case.  Now, along with the money, Pinto is moving back to New York from London, to spend more time directly working with Jamie.

Not only that, Lake and Piepszak will now report to him (jointly with Jamie Dimon) and so will CIO Lori Beer and CEO of Commercial Banking Doug Petno.  Arguably, these reporting lines could have been predicted from the decision earlier in the year to make him sole President and COO on Gordon Smith’s retirement, but even so – starting in 2021, the only top managers at JPM who don’t go through Dan Pinto will be the Corporate leaders and the CFO.

Taking all these things into account, it looks as if this award isn’t just a normal payment in respect of a shoot-the-lights-out year for JPM Investment Banking, or even a simple gesture aimed at a business unit that’s become vastly more important to the group over the last two years.  It looks more like a decision to show a bit of love to a key member of the top management team, and potentially to signal that the succession debate is genuinely open.  Jamie Dimon is 65 years old, Dan Pinto is 57 and Marianne Lake and Jennifer Piepszak are in their early fifties, so it looks like this drama, like the HBO one, could go on for several more seasons, with each one potentially delivering someone a big bonus.

Elsewhere, a new survey carried out by KPMG suggests that three quarters of hedge fund executives were frustrated with their firms’ work-from-home policies and wanted to bring employees back.  Or if you interpret the results another way, a new survey carried out by KPMG found that more than half of hedge fund managers expect to spend at least one day a week working from home and they’re determined to make it work.

Or, perhaps more likely, nearly one hundred per cent of hedge fund managers don’t put all that much thought into answering survey questions.  One thing that’s clear from the survey is that on this part of the buy-side at least, flexible working policies are seen as a “war for talent” issue, and so the industry appears to have decided that it’s going to be living with them for the foreseeable future.  But nearly everyone has worries; only the very most enthusiastic evangelists for home-working would claim that there’s nothing at all that’s frustrating or unpleasant about trying to manage a team over Zoom.  So everyone replies to generally worded questions with equally nonspecific concerns, giving a set of results which, as we see, can be written up in two totally different ways depending on which side you want to favour.  It’s possibly a little scary to reflect that an awful lot of research is probably like this.

“Gatsbyesque soirees”, exclusive wine clubs and a small group of people who show up in each other’s trades a lot; this story about Mizuho trader Claus Jorgenson makes the European high-yield credit market seem like quite q lot of fun, although not for faint hearts. (Bloomberg)

It’s one of the many odd things about crypto assets that, because they seem to fall outside most conventional financial regulation, the only people with any authority over the industry at all seem to be the advertising regulators who review the posters they put up all over the transport system.  The UK’s Advertising Standards Authority has decided to crack down on promotions that downplay the risks involved. (FT)

Puneet Dikshit, the McKinsey partner who googled “what happens to options when a company is acquired” on his work computer, has pleaded guilty to insider dealing. (CNBC)

When the bankers do well, the lawyers do well – top corporate finance law firms are expecting another great year of deals and worrying about their own war for talent (Financial News)

Possibly as a consequence of this, Linklaters has become the latest Magic Circle law firm to drop the “lockstep” structure and move to an American-style model for partners’ compensation. (FT)

Recognizing the inevitable, the JP Morgan Healthcare Conference scheduled for San Francisco in January has moved to virtual-only as a combination of omicron and fear of street crime put off attendees. (CNBC)

There are now so many “green defectors” – people who have given up jobs in finance in order to become climate activists – that they have their own networks and possibly even LinkedIn groups. (FT)

Morgan Stanley had an awkward Christmas party organized by a group of bankers in the markets division at Catch, a Manhattan restaurant; dozens came. Another Morgan Stanley team rented a bar and less than half the team turned up. (Financial Times)