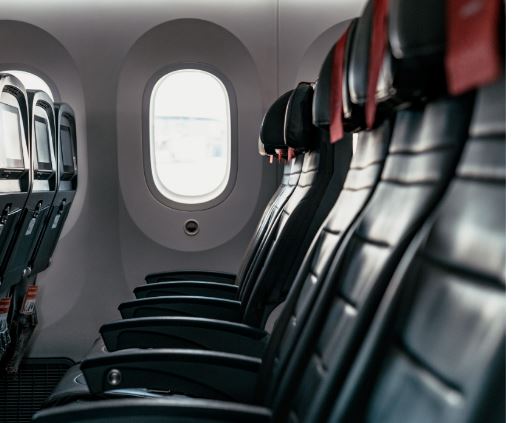 If you're in the UK, the lockdown has been lifted, sort of. Following Boris Johnson's speech last night, citizens are now free to drive a car to work, to hang out on beaches and in parks (from Wednesday), and to meet other people as long as it's only one at a time and they meet outside and remain two metres apart. Johnson omitted to mention whether bankers can now meet clients too, but he probably didn't need to: clients don't want to meet them anyway.

As Financial News noted last week, the last thing most clients want to do is to meet with a banker who's been putting him/herself about, pressing flesh and talking deals with various other people. All the more so if that banker has also been using planes and trains to reach the client, staying in hotels, and working in offices with thousands of colleagues, at least one of whom might have a dry cough, fever, or strange and persistent exhaustion. Nor is this likely to pass soon. "For the next 12 to 18 months, I can’t see clients wanting to be in the same room as us if we’ve come from another country and travelled through various airports,” one unnamed senior banker told Financial News. “I don’t think society is going to think that is acceptable behaviour for the foreseeable future.”

That the historic banking lifestyle is effectively that of a COVID-19 super-spreader won't come as much of a revelation in Hong Kong, which has been complaining for weeks that new cases are being 'imported' by flights arriving from the U.K. and the U.S. and placing the new arrivals into a 14 day quarantine. The U.K. now has its own quarantine for travellers from everywhere except France, which might be ok for bankers using the Eurostar to visit clients in Paris - except those clients in Paris probably won't want to meet them in any case.

For the moment at least, none of this matters: the longer that bankers don't get up at 4.30am for the red-eye flight and the more they meet clients on Zoom instead, the better it gets. First quarter investor calls at boutique banks were filled with senior bankers praising the new way of working. "We're not traveling, we're not spending all the time coordinating meetings. We're just getting on phone calls, video conferences, exchanging messages with clients," Paul Taubman, the founder and CEO of boutique firm PJT Partners, said on his.  "And I think we're able to spend a lot more time for every minute of every hour, and every hour of every day, engaging with clients without any wasted time. So I think it's also enabled us to be far more intense and far more efficient." This is coming from a man who values client communication so much that he's been known to use an old-fashioned flip phone for its superior call quality.

If bankers like Taubman don't feel it's necessary to get on planes, and clients don't want to meet them anyway, it's really not going to happen.

Separately, it's starting to seem that some of the best hedge funds to work for are those that used to be hedge funds, but have effectively become family offices managing founders' money instead. The Financial Times notes that Louis Bacon’s Moore Capital, which shut its flagship funds to external investors, has made a 17% gain so far this year. Funds without external investors can take bigger risks with greater leverage and more concentrated positions, notes the FT. BlueCrest Capital also became a family office in 2015 and has delivered returns of around 50% in three out of four full years since. Both BlueCrest and Moore have said that going private should make it easier for them to hire investment talent too.

M&A bankers have been working remotely while ill. During the recent merger between Telefonica SA in Madrid and Liberty Global Plc in Denver, one of the members of Telefonica’s M&A team was ill with the coronavirus and confined to a room within his house. He worked all the same.  (Bloomberg)

“Even if employees who are working remotely are 5% less productive, companies can save 20% on real estate and end up with a higher return.” (New York Times)

Bernd Leukert, Deutsche's management board member responsible for technology: “We probably wont have to fly as much for the foreseeable future. When it comes to travel, companies had a lot of untapped potential for savings.” (Bloomberg)

“I think you’re going to lose a good chunk of the jet demand that would have been associated with business travel. Our base case is you lose somewhere around 2 to 3 million barrels per day,” said Jeff Currie, Goldman’s global head of commodities research. (MarketWatch)

JPMorgan has no timeline for returning to the office. When people do go back it will probably provide packaged families in canteens and rerrange desks and work stations to control “flow on floors and in common areas like cafes.” (Bloomberg)

Michael’s CQS Directional Opportunities fund is down around 50%. (Financial Times)

Simon Brennan of Sunrise Brokers in London died of motor neurone disease aged 53 in late April. "Simon was an amazing person, the sort of person who always made friends and held on to friends. He was tremendously considerate of other people, and in the family, he was our shining light.” (Irish Times)

Photo by Allie on Unsplash