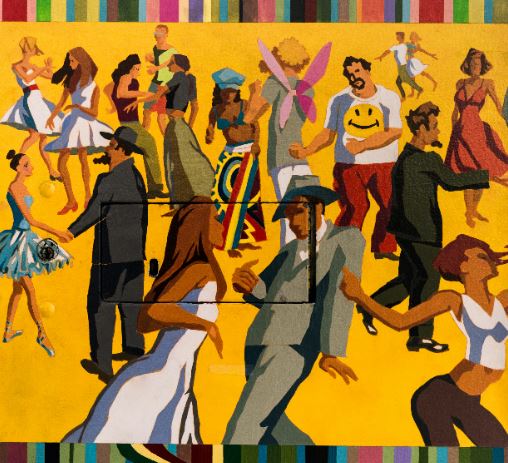 Goldman Sachs' 2019 sustainability report is out. For anyone who hasn't made it necessary reading, it's a 70-page document in which Goldman details all the good and sustainable things it's done over the past year, including initiatives within the firm and sustainable efforts within the wider economy. Among other things, the report reveals that Goldman emitted 136,000 tonnes of carbon from business travel last year, and 22,000 tonnes of carbon from its data centers and offices (thanks to renewable energy), but that net emissions were zero thanks to offsetting schemes.

The report isn't just about Goldman's efforts to mitigate climate change though. It also details the ways in which Goldman is trying to build a sustainable and diverse workforce. And for current and future employees there's some interesting data on the sorts of people who come in at the bottom and those who then rise to the top.

The chart below shows the ethnicity and gender profile of people at Goldman Sachs by job category in 2019. As ever, it suggests that it helps to be white and male if you want to make it to the top at Goldman, and that it's good to be Asian - unless you want to progress beyond the 'official/manager' level and become an executive. Women too, appear to drop out in the mid-ranks.

The categories in the chart are drawn from the American government's EEO-1 job classifications and bear little resemblance to Goldman's actual hierarchy of analysts, associates, vice presidents (VPs), executive directors (EDs) and managing directors (MDs). Elsewhere in the document, however, Goldman says women constituted 49% of its analyst class last year but only 29% of its MDs, so work obviously needs to be done to retain them.

In Goldman's defence, the firm is amply aware of its need to bring more minorities through the ranks. The sustainability report highlights its various initiatives providing 'coaching, sponsorship and advocacy' to aid mid-level minority employees. However, the chart above also highlights Goldman's challenge in bringing fewer white men to the top: at the most senior level, there are still very few minority role models.

Photo by Tim Mossholder on Unsplash