Morning Coffee: Bankers could find themselves in far less fancy offices after the lockdown. Deutsche Bank interns might “only” get four weeks’ pay for two weeks’ work 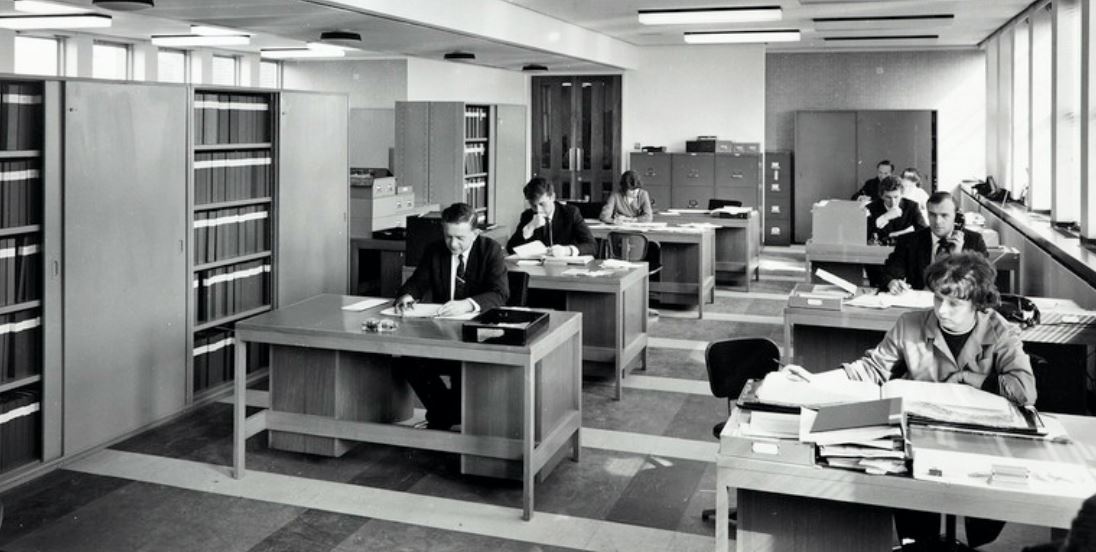 A theme of the investment bank Q1 conference call season has been chief executives expressing surprise that their business went so well despite having almost all their employees working from home. Jes Staley of Barclays said yesterday that the experience was so good he might make it a more permanent thing.  James Gorman, said that Morgan Stanley would probably have “much less real estate” after the pandemic, while SocGen and Deutsche have also expressed some ambition to reduce office costs. However, working outside the office doesn't necessarily equate with forever working in the spare room.

As Deutsche Bank strategist Jim Reid reminds his readers this morning, working from home can be hard. Reid has twins whom he describes as going through the 'terrible twos' together ("biting, punching, scratching, hysterical crying etc"), so that whenever he emerges from his home office he finds his wife "frazzled" and "at the end of her tether." Reid doesn't say this makes working hard, but he does say it's hard on his wife. It's easy to see why a CEO might want him back in the office, where the biting and scratching and its consequences would be a little more conceptual.

This is where Jes Staley has had an interesting idea. Barclays appears to be alighting on a half-way house between homeworking and having 7,000 people in a big expensive signature skyscraper. - Staley suggested yesterday that Barclays investment bankers might work in Barclays' local retail branches "as alternative sites...once staff are cleared to stop working from home”.

This makes a strange kind of sense when you think about it.  There are genuine benefits from face-to-face interaction and teamwork for most banking and trading activities. But a lot of investment banking business is carried out by small teams of a dozen front office staff or fewer. And it’s reasonable to guess that once you get past the team scale, diminishing returns are likely to set in.  So rather than having 7,000 people in Canary Wharf, Barclays might choose to have just under 600 locations with twelve investment banking staff each.

This raises an intriguing possibility. Barclays has around 1,600 retail branches in the UK, and many of them – after years of cutting costs and staff – have plenty of spare space to host a team head, two Directors, two VPs and a few junior staff, with plenty of room for Bloomberg screens and phone lines.  The snag, of course, is that only 155 of these branches are in London.  However, you might get another 200-odd if you add up all the branches in Berkshire, Essex, East Sussex, Hertfordshire, Kent and Surrey, and there are some excellent old Barclays buildings on places like Andover High Street, that could easily be adapted.

Of course, Barclays isn’t the only investment bank which has branches.  JPMorgan, Bank of America and Citi could all do the same thing, as could the European players.  Goldman and Morgan Stanley would find it more difficult, but there are plenty of retail banks with unused branch space who might be persuaded into a co-operation agreement.  And the beauty of the scheme is that is that this way, practically everyone gets a chance at a corner office.  Albeit with a slightly less spectacular view.

Elsewhere, banking interns this year have been getting a pretty sweet financial deal, as part compensation for the havoc wreaked on their training by the coronavirus lockdown.  Most banks have shortened their programs from ten weeks to four, or even two, but continued to pay the same stipend.  Obviously, there’s not much that can be done with the extra holiday, but the money will soften the blow.  Deutsche Bank, though, has decided that there will be no six weeks of subsidised Fortnite for the class of ’20.  They are cutting the program to between two and four weeks, entirely online.  And they will pay for four weeks, “even if the programme is shorter”.

The cash saving is likely to be small if material – a few hundred interns, times about $6,500, times a 60% saving is going to be in the region of two to three million dollars, very much in the “every little helps” category compared to the cost of postponing the main layoffs during the pandemic.  On the other hand, few people do an investment banking internship purely because the pay is better than picking kiwi fruits, and given the fact that the interns won’t be incurring financial centre rent and living costs, they’re quite likely to end up with a healthier bank overdraft after four weeks’ virtual internship than after ten weeks’ real experience.  Maybe Deutsche is doing the right thing here and sending a message that although the company will honour commitments made, nobody ought to expect a windfall gain from the pandemic.  That’s a message which, given the trading performance in the first quarter, might be sent to some of the existing staff as well as the interns.

Eiji Ueda, the incoming CIO of the $1.5trn Government Pension Investment Fund of Japan, appears to have managed an unusual feat.  He’s spent a career as a bond trader at Goldman Sachs, rising to the highest levels of success and been promoted to one of the biggest investment jobs in the world, without generating a single piquant anecdote, or seemingly creating any impression on former colleagues other than “a hard working guy who knows his stuff”.  It’s quite eerie. (Bloomberg)

“A principle isn’t a principle until it’s cost you money”, as the saying goes – HSBC’s determination to pause its job cuts until after the pandemic has cost $380m so far (The Trade)

How do you get onboarded to a new job when everyone’s working from home?  On the plus side, you already know where the kitchen and toilet is; on the other hand, setting up your IT is even more of a nightmare, and it’s harder for colleagues to informally show you the ropes. (Bloomberg)

While other banks start talking about cutting their ownership of trophy real estate, UBS has bought the former site of historic rock venue the “Electric Circus”, with a view to marketing luxury apartments to rich Velvet Underground fans. (Finews)

If you’ve got analytical skills, spare time and a tireless appetite for telephone calls, then there is a lot of hiring going on for coronavirus “contact tracers”.  Sounds like a job made for bankers who got cut early in the year (Bloomberg)