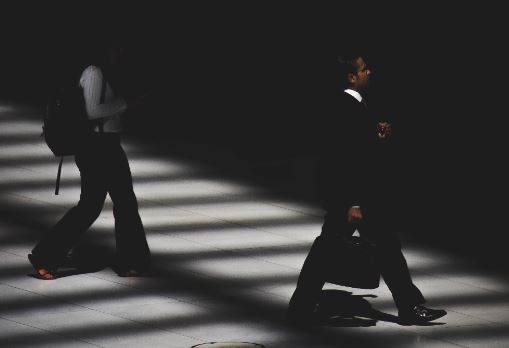 Can you trade using a bank's systems from home during the coronavirus epi/pandemic? While Toronto traders appear to have tried and found it challenging during the SARS outbreak of 2003, as one of them notes VPNs have moved on since then. Home-trading could be possible now, but no one is holding their breath. "We are all agreed that there is absolutely no way we could do this from home," said one macro products trader last week. It's the compliance and control systems, but it's also the slower internet speeds.

Skepticism about the viability of trading from the spare room hasn't prevented banks from making arrangements to make traders more footloose. The head of markets at one European bank tells us all his material risk takers have been issued company laptops allowing them to work remotely if necessary. "So far, we have only granted monitoring, but no trading rights," he explains. JPMorgan may be up to something similar: Bloomberg reported last week that all its employees are being asked to take their laptops home and test their 'remote access capabilities.' French banks are reportedly awaiting approval from the regulator for traders to work from home if necessary.

For the moment, though, contingency planning is more about back-up trading sites than homeworking. The Financial Times notes that the current model of 'large, open-plan trading floors, which often house hundreds of traders and analysts in proximity to one another,' appears uniquely unsuited to a highly contagious and occasionally fatal virus. Morgan Stanley is reportedly preparing a back-up New York trading floor in Westchester County and similar things are afoot in satellite towns outside of London. London and New York banks have yet to actually move traders to the new facilities to our knowledge, but off-site trading is already happening in Tokyo, elsewhere in Asia, and is further advanced in Italy.

"We have switched on secondary trading sites in Italy so we now have three separate ones staffed and operational in Milan plus two others across the country," one senior Italian trader tells us. Staff in the remote offices are not allowed to mix and separately live away from home in 'accomodation assigned to them'. "It's typically the more junior people with fewer family ties who have been asked to move," he adds. "But some others volunteered."

Preparations for Brexit have helped with banks' pandemic readiness. Many banks now have larger and more operational trading floors in Europe outside of London than would otherwise have been the case. "We have relocated some of our trading across all our European hubs," says the trading in Milan. "Each one can run all risks autonomously in case one hub goes on lockdown. And traders have been asked not to travel internationally for either business or personal reasons."

If the worst comes to the worst and all sites become infected with people ill with the virus, he says the bank would gradually wind down its market-making activities rather than expect everyone to trade from home. "We are very far from that panic situation," he adds. "That would be a very extreme scenario."

Separately, with markets collapsing and then rebounding, it suddenly helps to have long decades of experience as a trader. As some veteran traders were pointing out at the weekend, though, high turnover means that as many as two thirds of people on today's trading floors weren't around in 2008 and fewer than 20% remember the crises of the late 1990s. For many, this is therefore a baptism of fire.

One of those who has been around for a while is Andrew Slimmon, a portfolio manager who runs $5.3bn in assets for Morgan Stanley. Bloomberg reports that Slimmon, who has been working on Wall Street for 33 years, sold many of his tech holdings in late January and is now buying again. “We didn’t sell enough. You never do,”  he says, adding that, “Now we’re going to buy more. I’m not decidedly in the camp of, ‘Oh gosh, rates are going to zero, this is the beginning of the end.’ ”

The global head of quantitative and derivatives strategy at JPMorgan estimated that more than $100 billion in selling Monday and Tuesday was fueled by options hedging and trading strategies based on market volatility. He said liquidity worsened, further stressing the broader market. (WSJ)

One of Unicredit's Milan employees tested positive for the virus. The bank closed the floor where he worked. (Bloomberg)

The Futures Industry Association has a “no handshake or hug” policy aimed at minimising the threat of contagion at its coming conference. Face masks will also be available at the conference for delegates. (Financial Times)

“March will be probably be the best time to buy stocks since December 2018.” (Bloomberg)

Asset management shares have been plunging. BlackRock and Invesco were each down 18% in a week. T Rowe Price and Franklin Resources were down 14%. (Financial Times)

Margin calls were happening last week as investors who used stocks as collateral to buy other securities found themselves forced to sell assets to repay banks. “You have a tremendous amount of people who needed cash...There is no haven at the moment with the exception of Treasurys.” (Wall Street Journal)

A review commissioned by the German government says Commerzbank needs to do far more to cut costs. (Bloomberg)

CEO cuts his pay and implements a $70k minimum wage for staff. "Before the $70k minimum wage, we were having between zero and two babies born per year amongst the team. And since the announcement - and it's been only about four-and-a-half years - we've had more than 40 babies." (BBC)

Wall Street Prison Consultants offers advice if you're about to go jail. “When people come to me, they’re already in trouble. I do damage control...I’m a cross between a marriage counsellor, life coach, psychiatrist and priest.” (The Times)

Photo by Jack Finnigan on Unsplash