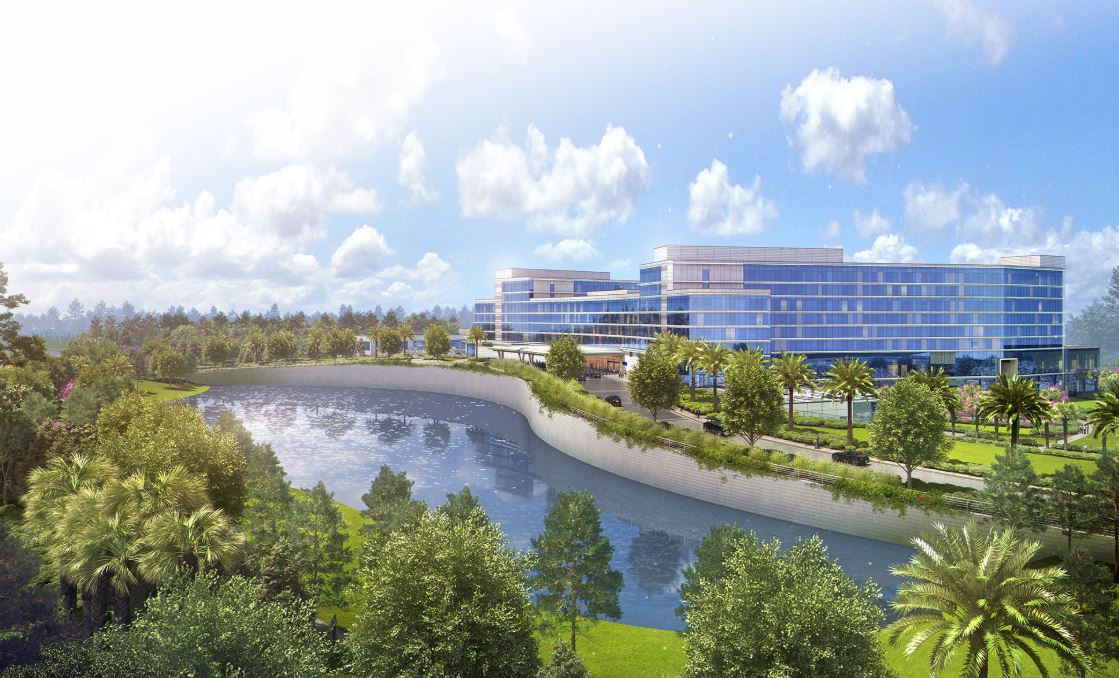 It's becoming standard for firms in the financial services industry to profess an interest in staff wellbeing and to provide on-site perks like roof gardens (Goldman Sachs) or extravagant spin studios (Morgan Stanley), but KPMG in the Americas seems to have upped the game.

The Big Four firm has just opened a new $450m custom-built 'Lakehouse Complex' on 55 acres of land in Florida where its employees can 'step away from the day to day,' 'fully engage,' 'learn and reflect,' and 'return more empowered.' Billed as a custom-made training venue coupled with a staff retreat steeped in KPMG culture, it makes most banks' online training look a bit, well, cheap.

You can see information and videos (accompanied by rousing music) about the Lakehouse here, but Business Insider has actually visited and given a comprehensive run-down of what KPMG's 'road warriors' and trainees can expect when they attend.

There are morning sessions on the balcony, bikes to cycle 44 miles of routes through 'protected land' (with trees), restaurants serving vegan foods and kombucha, floor to ceiling windows, and the ever popular opportunity to write on walls (using an interactive glass table that transmits messages to vertical planes around the building). Like a kind of WeWork in the countryside or KPMG version of the Googleplex, the Lakehouse looks like a millennial's dream. For more traditional employees, there are also wine bars, chicken sandwiches and gyms.

KPMG isn't the only Big Four firm to run a specialist training facility in the U.S. - Deloitte also has a 'university' which administers staff flu shots and offers 'well-being moments', 'energy breaks,' and 'career retreats' outside Dallas. But Deloitte's Disneyland is now five years' old and KPMG's Lakehouse is still shiny and new.

The Lakehouse has literally just opened and it's not clear whether anyone's actually been yet. In online forums KPMG staff suggest winter interns will some of the first to get trained there and look forward to the single occupancy rooms. Ultimately, the firm intends to accommodate 800 employees a week at the Lakehouse - mostly from the Americas. KPMG UK staff, who are in the grips of cost-cutting and are about to have their Mayfair private members' club closed down amidst allegations of a 'heavy drinking culture' may have to wait sometime before anything similar opens outside London.

Separately, Chris Purves, the newly appointed 'co-head of execution and platform' and co-head of digital at UBS, has some harsh messages for traders who think they're living in 2006. As more and more trading takes place electronically, the business is no longer about the individual, Purves tells Bloomberg: it's about the team and the platform.

Anyone who thinks, therefore, that they're going to get paid on the basis of their own performance, is sadly deluded. “We want to hire people who are less driven by their own bonus and P&L and more by the long-term goal of what the market will look like in say 10 years,” says Purves. “The idea that you are responsible for your own destiny has gone. It’s a team sport now.”

Edward Koo, one of JPMorgan's most senior credit traders, has been put on leave after allegations that he misused Whatsapp. No one knows what he did exactly. He started at JPMorgan in 2002. (Bloomberg)

JPMorgan's Daniel Pinto thinks European banks are too small: “European banks were not at a size to allow them to adjust to the post-crisis level of leverage and regulation. You need scale to be profitable and when you are in that situation you try to solve the issue by reducing costs.” Cost-cutting is not the answer: “You become smaller and smaller, but running these operations remains expensive, so the less scale you have, the more challenging it becomes and you get into a cycle of the more you cut, the more you have to cut. Consolidation may be the solution.” (Financial News)

Melanie Richards, KPMG's most senior female partner in the UK, and its deputy chair, is leaving. (Financial Times)

MiFID II has been good for hedge funds, which are cashing in on the fact that small and midcap stocks are more volatile now that fewer analysts cover them.  (Wall Street Journal)