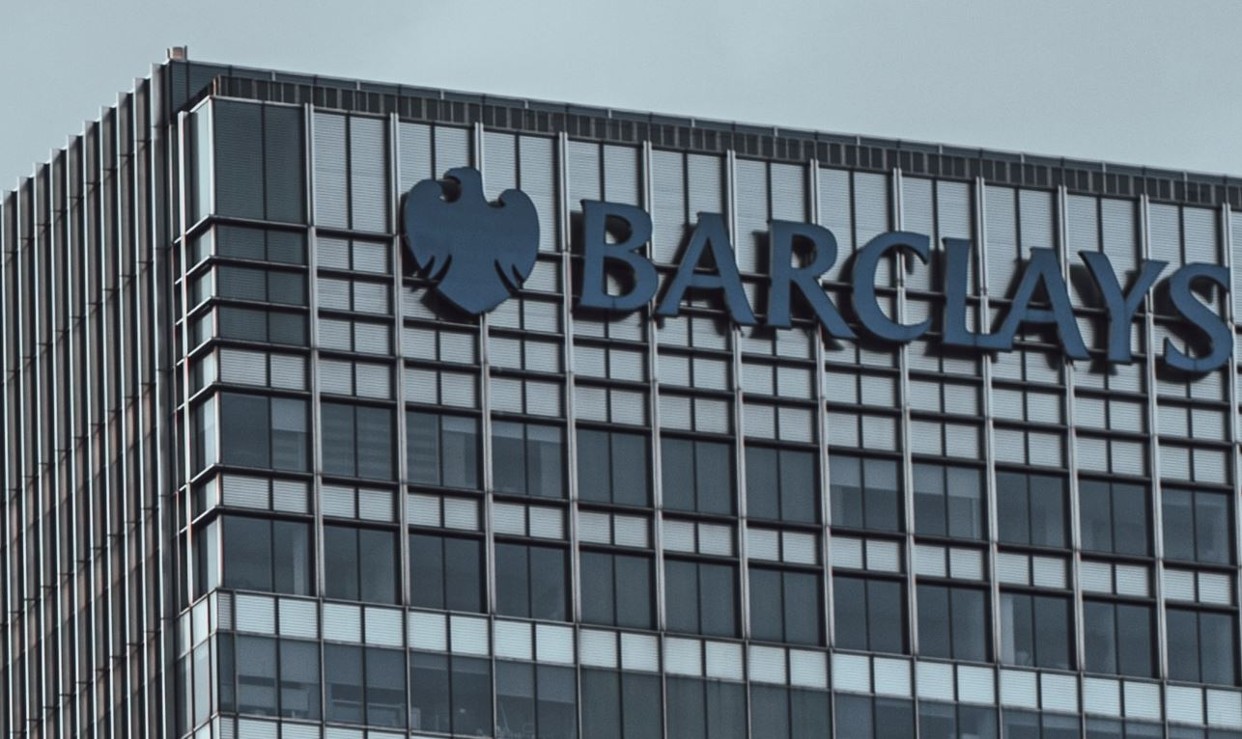 People occupying trading jobs at Barclays had their best quarter for a long, long time in the first quarter of 2022. Unfortunately, much of their excellent work was undone by a foolish mistake.

Announcing its results today, Barclays said its traders earned revenues of £2.6bn in the first three months of the year. This was 26% higher than in the first quarter of 2021, which was itself an excellent quarter for Barclays' traders. The upshot is that Barclays' global markets business had its best quarter since 2014, as the chart below, taken from today's results presentation, shows. 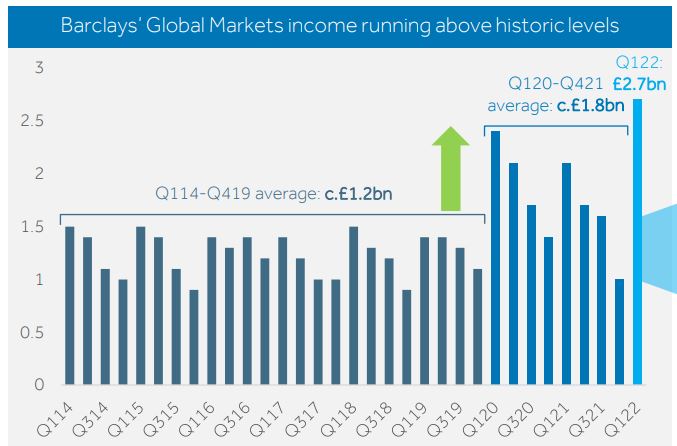 Barclays' fixed income traders generated £1.6bn of the total and were the beneficiaries of a market that favoured the bank's skew towards macro products instead of credit: their revenues increased by 37% or £440m, driven by what was reportedly a $600m gain (£479m) on emerging markets trades. Barclays' fixed income traders did substantially better than Credit Suisse's traders (who made a loss relating to Russia), and outperformed Deutsche Bank's traders, who achieved a more feeble revenue increase of 15%.

However, despite all their hard work, Barclays' fixed income traders didn't have much impact on the bottom line of the corporate and investment bank, where profits remained steady at £1.7bn.

This was partly the result of a £320m provision for enormous the over-issuance of ETN notes after Barclays seemingly forgot that it needed to keep renewing its license for the issuance of U.S. structured notes after it was rebuked in 2017. Given that the over-issuance began in 2019, we reported previously that the mistake could lead to Barclays clawing back last year's bonuses; traders will be hoping that it doesn't also lead to their 2022 bonuses being curtailed.

Away from sales and trading it was the usual story: Barclays' M&A bankers did well (although not as well as Deutsche Bank's) and its equity capital markets bankers did terribly. At 57% in Q1, the cost income ratio in the investment bank was still below the bank's 60% target, and at 17.1% the return on tangible equity was well above the cost of capital. This should be sufficient to keep job cuts at bay for a while yet, although ECM bankers might want to watch their backs all the same.

Click here to create a profile on eFinancialCareers and be discovered by recruiters for top jobs in technology and finance.