Deutsche Bank's guide to the best technology jobs after COVID 19 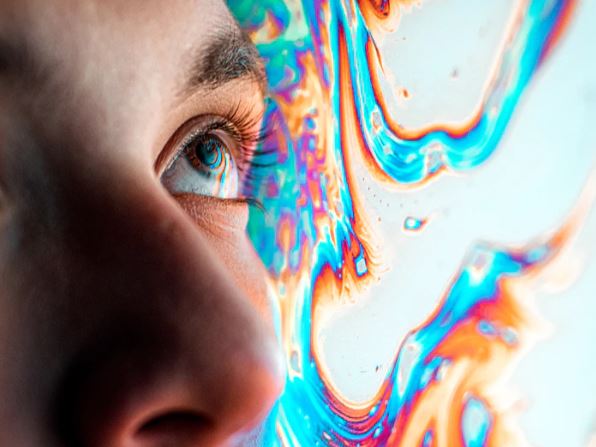 If you thought technology jobs were immune to the 'COVID crisis', you might want to think again. Various big tech firms from Uber to Lyft and Airbnb have been trimming staff. IBM has been quietly at it too (cutting 42 out of 119 jobs at its Sterling Forest data center near New York according to a recent filing with the state's WARN service). Banks that were previously expanding technology budgets are beginning to make noises about cutting them back again.

However, while some technology jobs are suffering by virtue of the virus, others are expect to thrive. In a new report from its technology research team, based on conversations with chief information officers (CIOs) around the world, Deutsche Bank pinpoints the jobs that belong in each category.

[A message from eFinancialCareers: We have a range of global finance job vacancies you can apply for here]

Post COVID-19, you don't want to be working in a technology role in the automotive, aerospace or luxury goods spaces. Here, Deutsche's analysts are forecasting cuts of 50%+ in spending on some technology projects.

By comparison, you do want to be working in technology for major telecoms companies, for essential consumer goods companies, or in the insurance industry. Here, technology spending is expected to remain unchanged.

Banking and general manufacturing are expected to fall between these extremes.

[A message from eFinancialCareers: We have a range of global technology job vacancies you can apply for here]

It's all about automation

In finance especially, automation jobs should prove resilient in the near term. A CIO in one bank told Deutsche that the need to rapidly ramp-up government credit support schemes had given added impetus to remote process automation (RPA). A CIO at a mid-tier European bank that's built its own "cognitive architecture" told Deutsche that digital intelligence is the "top priority" now and will remain so for the future.

Deutsche Bank's analysts noted that spending on machine learning and artificial intelligence is currently strongest in the banking sector, but that other sectors are likely to increase their adoption. If you're working in machine learning in a bank this might give you an option to switch to a whole new industry vertical.

Public cloud jobs were always going to be big in 2020 - Goldman Sachs for one was already building a new 'Sky Team' to help manage the transition - but Deutsche says the COVID crisis is speeding the shift.

Software as a service (SaaS), platform as a service (PaaS) and infrastructure as a service (IaaS) jobs are likely to become more popular in all industries, even if there are some short term hiccoughs. Public cloud is being driven by its cost advantages, by its agility and resilience and - importantly under COVID - by its superiority in enabling working from home.

Banks especially have a lot of heavy lifting to do in order to move onto the public cloud. One commercial bank CIO told the DB analysts that the finance industry is still far too reliant on old mainframe systems.

You don't want to work on a core App projects, especially if they're focused on the back office

While public cloud is being pushed, Deutsche found that many industries are deprioritizing back-office Apps projects in areas like human capital management as a result of the virus. In some cases these projects are being delayed for up to two years. As a result, a shortage of talent to work on these 'app-based transformation projects' is fast expected to become a glut as IT services companies focused on systems integration lay people off.

A CIO at one European bank said there's no new spending on core banking currently planned as it would be a “distraction” from automation/cost cutting efforts.

You don't want to work on a change team

You probably don't want to work on a change team: finance companies are reconsidering their commitment to ambitious change projects (cloud migration excepted). One insurance CIO said the change budget could be cut by up to 15% after the virus.

In finance, it will help to work on a regulatory project

After years of technology spending growth in the banking and finance industry, the pandemic could finally be the catalyst that reverses the trend.

A CIO at an insurance company told Deutsche Bank that any projects supporting new growth initiatives are off the table and that it's now all about essential and regulatory projects only. A CIO at a European bank informed DB that they'd planned to increase IT spending by 2-4% this year, but are now cutting it instead due to COVID-19.

As banks shift to a cost cutting agenda, spending on technology will increasingly need to be funded by cuts elsewhere.

Cybersecurity jobs will be big

Cybersecurity is also going to be one of the hot areas post-COVID. Remote working has, "created a bunch of attack vectors that people will try to exploit," said the CEO of one commercial bank. This will need to be addressed promptly.

Some of those jobs that were moved offshore might be about to come back again. The CIO at another insurance company told DB that the company is thinking harder than before "about country and concentration risk." Having a lot of people in one country thousands of miles away isn't quite so sensible when they might all get sick at once.

You want to work in analytics

Finally, you want to work in analytics. One finance CIO said the "fast-evolving" COVID situation has made it important to, "understand client behaviour" and to "determine remote worker productivity." Analytics systems are all the rage as a result; you will be safe here too.